The House has recently passed a sports betting law for Massachusetts, despite there being plenty of opposition to the legalization of betting on college sports.

Since 2018, the state of Massachusetts has been trying to get a license for sports betting, but the campaign had been unsuccessful until the recent vote, which was 156-3 in favor. Now it’s just up to the Senate to decide whether the people of the commonwealth will get to bet legally. A few concerns have risen about the possibility of college sports being excluded from the bill, a move that could cost the state $25-35 million annually if it comes to pass.

“Some may say that this is bringing sports betting to Massachusetts. The fact is that our Massachusetts residents are already betting on sports. They’re either taking that short drive up to New Hampshire or to Rhode Island, where it’s legal, or they’re also going on their phones and using offshore applications, those sportsbooks, to bet or they’re also going to a bookie. But what this does do is it brings it out of the shadows and into the light, and makes it legal in Massachusetts,” said Jerald Parisella, chairman of the Committee on Economic Development.

Parisella added that by simply licensing mobile and PayPal betting sites, “the commonwealth could get $70 to $80 million just in licensing fees.” Each license for mobile-only operators would cost $5 million, while betting shops would be allowed up to three digital sports betting apps.

Taxation-wise, there are two values to consider. Bets made in person would be taxed at a 12.5% rate, while the tax for mobile bets would be set at 15%, which is standard across the states that have legalized betting. The lower tax for brick-and-mortar is another incentive, explained Parisella, as it would encourage betting shops to hire local workers.

Annually, sports betting could bring in $60 million, with a huge potential for that number to rise year by year. That is, of course, if the law comes to pass in the Senate and if betting on college sports is given the green light. 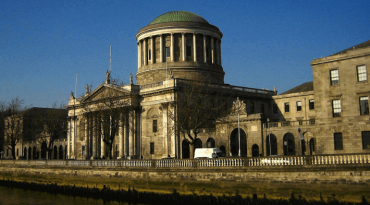