New Slot Game from BetSoft to Be Released on April 28

We are eight days away from seeing the newest games from BetSoft. The gaming provider announced they will release the new Reels of Wealth slot on April 28th. The new slot game is a 3D video slot coming from the provider’s Slots3 collection. Games from this series feature vivid colours, 3D cinematic graphics, and smooth animations. With this in mind, we don’t expect Reels of Wealth to be anything but perfect and most importantly, fun. 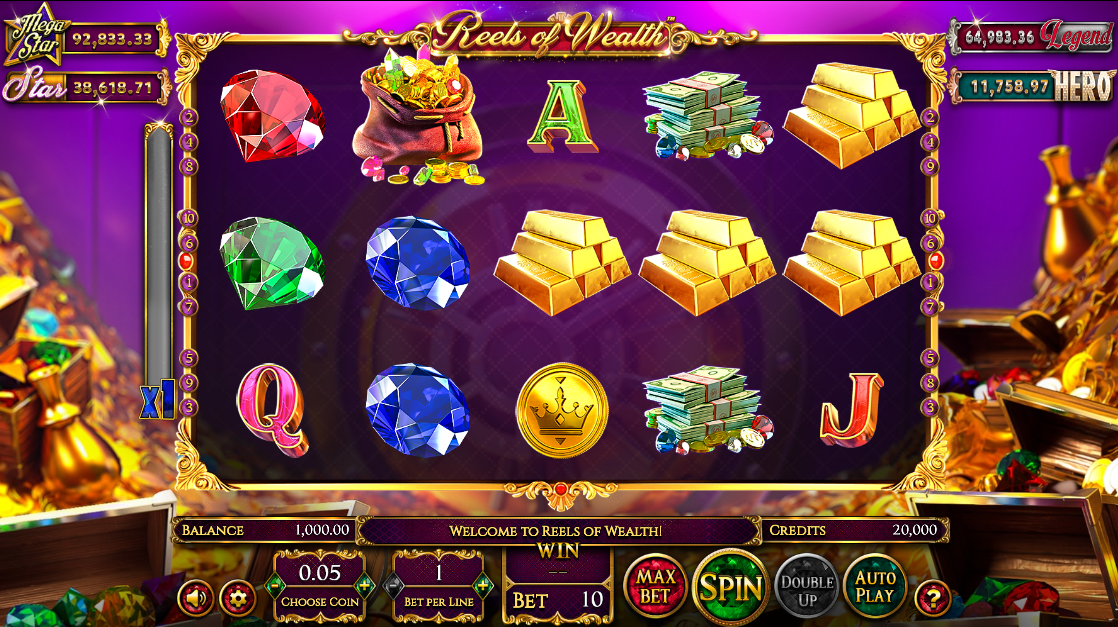 Next on our list are wild multipliers. In the Reels of Wealth slot, the wild symbols appear on the second and fourth reel. Apart from replacing every symbol except for scatters and megastars, wilds come with a multiplying feature as well. Landing a single wild symbol doubles your winnings, while two wilds multiply your regular winnings four times.

The Megastar jackpot mini-game might be the most exciting feature of the new slot. To activate the mini-game, players should land three or more Megastar symbols. With three of those symbols on the reels, players get a chance to win big at one of the four progressive jackpots. Free spins are also part of the package, rewarding players with 10, 15, and 25 free spins for three, four, and five Megastar symbols respectively.

The Reels of Wealth is days away from its release. We expect the best UK PayPal casinos to be the first ones to add this BetSoft slot to their game inventory.